Hi All,
I have decided to move to wordpress. Thanks for all the comments here at blogspot. Struggleswithphilosophy can now be found here.
Posted by Mark202 at 6:24 PM 106 comments: Links to this post

For those of you interested in International Relations Theory, which I am, Danial Nexon has posted some introduction lectures on his Blog, here.
These video lectures are introducing the main features and beliefs of social constructivism, which are worth watching. I'm in the process of composing a critique of social constructivism and proposing International Relations Theory moves onto Complexity Theory. I use DeLanda's Assemblage Theory to construct my argument and will post draft editions of the paper on the blog.
Posted by Mark202 at 4:02 PM 41 comments: Links to this post 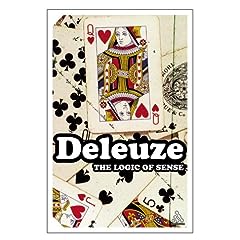 Fark Yaralari has put up an impressive list of Gilles Deleuze books and secondary literature on Deleuze that is available to download. There is also books from Kant, Lacan, Gadamer, and many others. 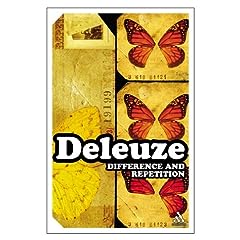 I would advise downloading them while you can. The website is here.

thanks to Continental Philosophy for bringing this to my attention.
Posted by Mark202 at 6:10 PM 178 comments: Links to this post

Gilles Deleuze and Felix Guattari's A Thousand Plateaus is available to download as a pdf file from here.
Posted by Mark202 at 7:40 PM 37 comments: Links to this post

Some Quick definitions of Deleuzoguattarian Concepts

Body without Organs (BwO) – A field, or a multitude, of intensive processes. These intensive processes cause the metamorphose of the Earth. BwOs, for example, are found in cultural, geological, and biological environments. Weather systems provide an ‘easy’ example of a BwO functioning in the world. These weather systems are bands of various intensities that behave differently in different intensities (e.g. different air pressure). The idea of the BwO demonstrates the importance of intensive processes in the production and transformation of the world. Deleuze and Guattari argue that zero intensity in a process is a non-productive process.

Becoming – Represents the nonlinear directional movement of the world, encapsulating the dynamical characteristic of life and avoiding a linear or teleological interpretation.

Abstract Machine – In the becoming of life Deleuze and Guattari aim to explain the immanent morphogenetic capabilities of the flows of matter and energy.
‘Ideally’ there is only one (mega) abstract machine. This abstract machine would be pure-matter and not physical or semiotic and not connected to anyone single entity (i.e. assemblage). However, the single ‘mega’ abstract machine risks becoming a totalising explanation if various different abstract machines do not emerge and are explained. It is for this reason that abstracts machine can be said to emerge at particular dates and construct new realities.
Posted by Mark202 at 10:15 PM 12 comments: Links to this post

I am travelling to the Deleuze Camp 2 (PDF) at Cardiff University for next week, so the blog will pretty quiet.

I will leave you with a quote from Deleuze and Guattari's "What is Philosophy?"

Human Rights are axioms. They can co-exist on the market with many other axioms,
notably those concerning security or property, which are unaware of or suspend
them even more than they contradict them: "the impure mixture or the impure side
by side," said Nietzsche. Who but the police and armed forces that co-exist with
democracies can control and manage poverty and the deterritorialization-reterritorialization of
shanty towns? What social democracy has not given the order to fire when the
poor come out of their territory or ghetto? Rights save neither men nor a
philosophy that is reterritorialized on the democratic State. Human
rights will not make us bless capitalism. A great deal of innocence or cunning
is needed by a philosophy of communication that claims to restore the society of
"consensus" to
moralize nations, States, and the market. Humans rights say nothing about the
immanent modes of existence of people provided with rights. (1992, p107)

I am a little behind the pace, but here is a link to Ray Brassier's Doctoral Thesis 'Alien Theory: The Decline of Materialism in the Name of Matter.' Hopefully, it can serve as helpful introduction in the 'new' school of speculative realism and the concept of nonphilosophy.

This is the synopsis for the dissertation:
The thesis tries to define and explain the rudiments of a ‘non-philosophical’
or ‘non-decisional’ theory of materialism on the basis of a theoretical
framework provided by the ‘non-philosophy’ of François Laruelle. Neither
anti-philosophical nor anti-materialist in character, non-materialism tries to
construct a rigorously transcendental theory of matter by using certain instances
of philosophical materialism as its source material.
The materialist decision to identify the real with matter is seen to retain a
structural isomorphy with the phenomenological decision to identify the real
with the phenomenon. Both decisions are shown to operate on the basis of a
methodological idealism:- materialism on account of its confusion of matter and
concept; phenomenology by virtue of its confusion of phenomenon and logos.
By dissolving the respectively ‘materiological’ and ‘phenomenological’
amphibolies which are the result of the failure to effect a rigorously
transcendental separation between matter and concept on the one hand, and
between phenomenon and logos on the other, non-materialist theory proposes to
mobilise the non-hybrid or non-decisional concepts of a ‘matter-withoutconcept’
and of a ‘phenomenon-without-logos’ in order to effect a unified but
non-unitary theory of phenomenology and materialism. The result is a
materialisation of thinking that operates according to matter’s foreclosure to
decision. That is to say, a transcendental theory of the phenomenon, licensing
limitless phenomenological plasticity, unconstrained by the apparatus of eidetic
intuition or any horizon of apophantic disclosure;- but one which is
simultaneously a transcendental theory of matter, uncontaminated by the bounds
of empirical perception and free of all phenomenological circumscription.
Posted by Mark202 at 9:38 PM 100 comments: Links to this post